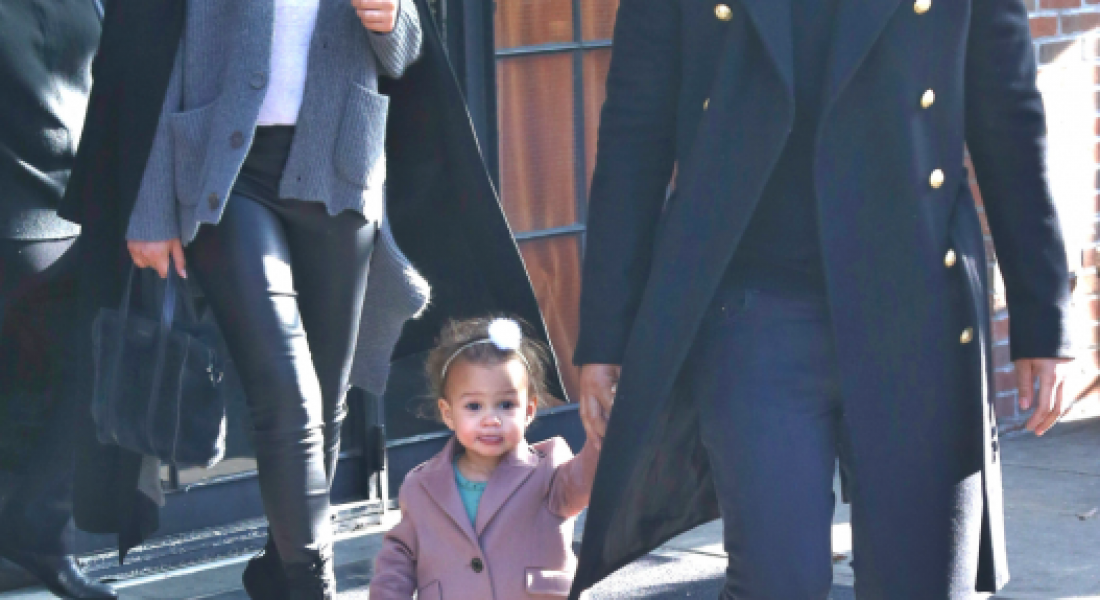 There’s much to look forward to in 2018, if you’re one of the many who are currently pregnant. There are no shortage of famous folks expecting a bundle of joy in the coming year, some who will be first-time parents and others who are simply adding to the brood.

Model mom Miranda Kerr and new husband Evan Spiegel are having a baby, which means Flynn Bloom is going to become a first-time big brother! The 7-year-old is Miranda’s child with ex-husband Orlando Bloom.

The time is now to read more hilarious pregnancy tweets from Chrissy Teigen, as she and husband John Legend are expecting baby two! Their firstborn, daughter Luna, arrived in 2016 after they turned to IVF to get pregnant.

Along with surprise pregnancy news, Jordin Sparks also shocked fans in late 2017 that she was married! The winner of American Idol Season 6 will become a first-time mom in 2018, when she welcomes a child with husband Dana Isaiah.

After taking five pregnancy tests just to make extra sure the joyous news was real, Jamie-Lynn Sigler announced on Instagram she and husband Cutter Dykstra plan to welcome a little one in early 2018. Their firstborn, Beau, joined the family in August 2013.

Nine years after making headlines around the world for her pregnancy news at age 16, Jamie Lynn Spears is expecting again. This time it’s she and husband Jamie Watson who have a baby on the way, which 9-year-old Maddie Briann Aldridge will become big sister to.

After months of speculation, it was finally confirmed in December 2017 that Khloe Kardashian is to become a mom! The Keeping Up With the Kardashians reality star is expecting for the first time, and in 2018 will welcome a baby with boyfriend Tristan Thompson.

There’ll be at least one more arrival to the Kardashian family in 2018, as Kanye West and Kim Kardashian have confirmed they’re expecting via surrogate — but will sister Kylie Jenner also have a newborn to love on?

Rumors have long circulated the 20-year-old is pregnant with boyfriend Travis Scott’s baby, but so far no official announcement has been made.

Despite battling with the harrowing condition known as hyperemesis gravidarum, Duchess of Cambridge announced she’s expecting baby three in late summer of 2017. This baby will be welcomed by big brother Prince George and soon-to-be big sister Princess Charlotte, along with the rest of the royal family.

Fargo costars Kirsten Dunst and Jesse Plemons are in love, and reportedly and starting a family! The pair announced their engagement in January of 2017, and word has it they’re due to become first-time parents in 2018.

Despite a rough 2017 in the relationship department, including a split with longtime boyfriend Matt Baier, Amber Portwood is excited to be pregnant again. The Teen Mom star is expecting a child with boyfriend Andrew Glennon in 2018, nine years after giving birth to daughter Leah.

With Michelle and Jim Bob Duggar‘s children quickly growing up and getting married, news their family is expecting isn’t uncommon — but of course any pregnancy is cause for celebration.

This time it’s newlywed Joy-Anna Duggar who is about to become a mom, welcoming her first child with husband Austin Forsyth. The Counting On star is said to be due in March 2018.

After announcing one of the biggest surprise celebrity pregnancies of 2017, Jessica Alba and husband Cash Warren are looking forward to welcoming their third child — and first boy! The little one will be welcomed by sisters Honor, born in 2008, and Haven, born in 2011.

Shortly after marrying Behati Prinsloo in —–, singer Adam Levine shared he hopes to a socially irresponsible number of children. In 2016 they welcomed their first, daughter Dusty Rose, and in 2018 they’re due to add baby two to the family.

A few short weeks after in the Victoria’s Secret show in Shanghai, Candice Swanepoel had big news to share with fans. The South African model, already mom to son Anacã, is expecting her second child with fiancé and model Hermann Nicoli.

Three years after stating she wouldn’t go into motherhood on her own, Eva Longoria is having a baby! News broke in December that the  42-year-old former Desperate Housewives actress is four months pregnant with a baby boy. She and third husband Jose Antonio Bastón tied the knot in 2016. He has two children from a previous marriage.

The road to expanding the family hasn’t always been easy for Jack and Lisa Osbourne, but they’re thrilled to be adding another child into the mix in 2018.

Lisa, who suffered a second trimester loss in 2013, announced the pregnancy in late August. Showing off her bump in a mirror reflection pic she wrote: “Literally ate the biggest burrito ever.”

Brooklyn Decker and Andy Roddick are under intense pressure when they try to conceive, as there is an advised “day of penetration” in her family. If she were to conceive and deliver on schedule, her and Andy’s baby would be the fourth consecutive person in her family to have an April 12 birthday. Brooklyn was born on that date in 1987, while her mother and grandmother also arrived on that date.

The pair first welcomed son Hank in September 2015. This time around we know it’s a girl, but no word yet on her due date!

What other celebrities do you know of who are due in 2018?