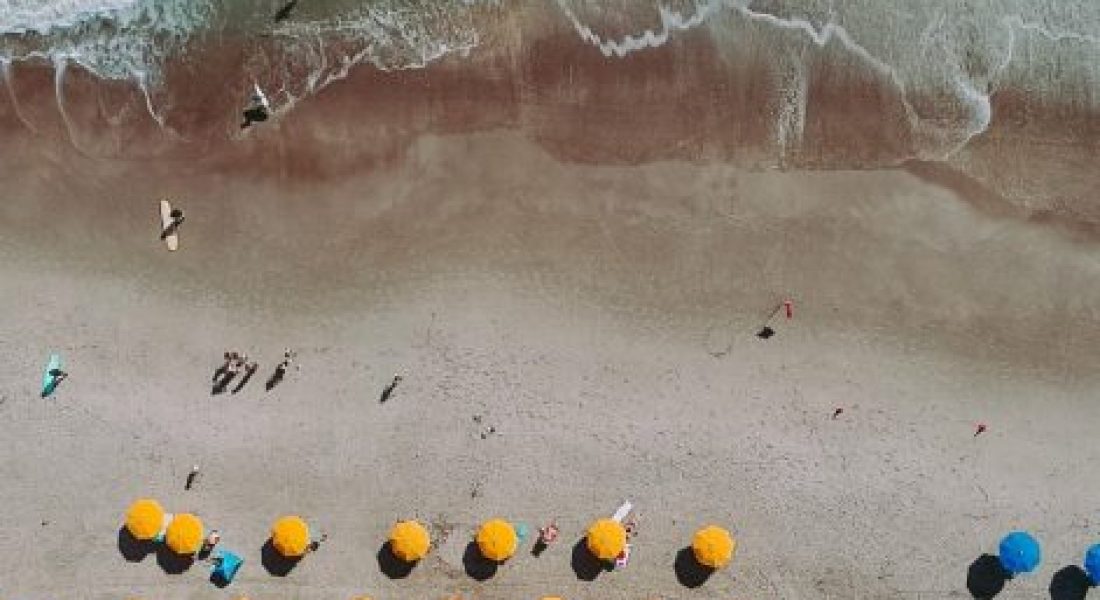 The power of people en masse is immense. Occasionally in a bad way, but on a beach in Brazil strangers recently banded together in an unusual way to help a lost boy reunite with his family. Rather than wander around hoping he’d spot his group, one man held the boy up while bystanders began clapping and chanting to catch his parents’ attention.

The cellphone footage captured isn’t the clearest, but nonetheless it’s easy to catch on to what’s happening.

Wasn’t that smart? I’ve never seen or heard of anything like it before!

Though the clip itself is relatively short, a witness reported it took about 10 minutes for the boy to be reunited with his family.

“When we suddenly heard some clapping, at first we thought it was someone’s birthday,” a witness told the Daily Mail. “But I noticed the man who was with the child signaled that he was lost. It took little more than 10 minutes for the child to be found. At the end, the clapping worked out.”

Although this technique may be new to many of us, it’s apparently the go-to way to deal with lost kids in other parts of the world.

One person commented to share: “That’s the way they do it here in Brazil, people. Anywhere, any beach, it’s the system and believe it or not: It does work!!! Just witnessed such a situation last week here in Praia Central!! Europe and U.S. should learn from it…”

Perhaps they’re right. In some places it certainly does seem more effective than either wandering with the child to look for the parent or hunting down some sort of employee to report it to. I suppose it all comes down to the specific circumstances of the situation, but knowing about this approach is a great trick to keep filed away for just in case.

What do you think of this clapping technique? Have you lost a child or found a lost little one?