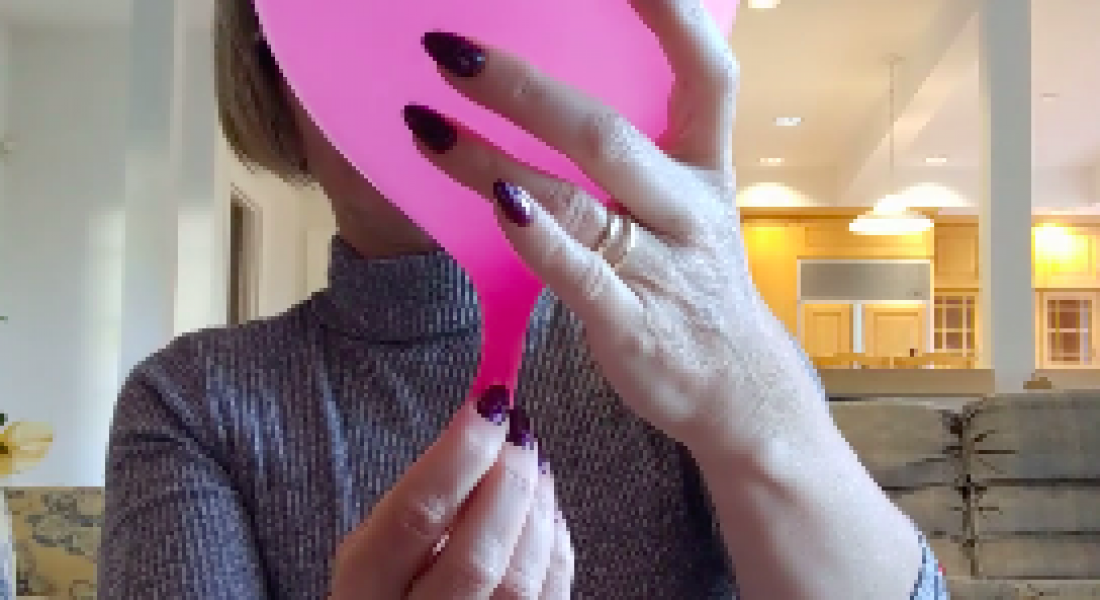 If you are like me, you know what contractions are, and how they work to remove a baby from your body, but you don’t know much more than that.

In this shockingly accurate demonstration, Liz Chalmers, owner at the Puget Sound Birth Center in Kirkland, Washington, and Renton, Washington, is going to change the way you think about birth.

The video, which was originally uploaded to Facebook and has over 2 million views, was a teaching exercise Liz made for her niece Charlotte, who is in the process of becoming a childbirth educator in New Zealand.

Liz starts by explaining she learned this demonstration from a workshop called “Stomp Out Boring Childbirth.” She inserts the ping pong ball into the balloon and inflates it halfway.

Then she uses her hands to demonstrate the difference between real contractions and Braxton Hicks. She also explains effacement and dilation better than any book ever could.

Brace yourself because this will give you serious sympathy pains!

Then Liz simulates contractions until the balloon finally “delivers” the ping pong ball. And all we can say is “WOW!”

What did you think of Liz’s demonstration?