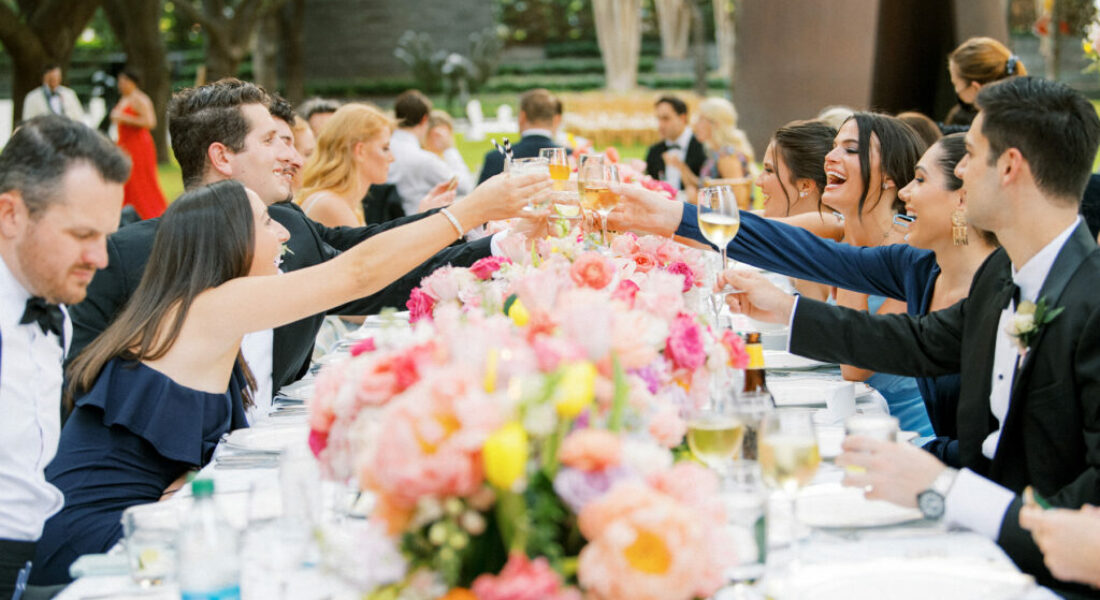 Addison Fontein and James Currell’s love story began in Philadelphia, where she was in law school and he was working in banking. “I knew he was the one,” Addison remembers. James proposed in a sculpture garden in New Jersey, so it was only fitting that their wedding should take place in one, too—specifically, the gardens of Dallas’ Nasher Sculpture Center. Though they initially planned to postpone their May 8, 2021, wedding due to Covid, they decided two months out to see it through. “So we actually planned the wedding in 60 days,” laughs Addison. The choice ended up being the right one. Remembers the bride: “The best part of the day was being with loved ones and friends again, in a way that we really couldn’t for the previous year or so.”

Putting the “Me” in Menu

Guests enjoyed dinner al fresco in the Nasher Sculpture Center garden. James, a gifted cook, worked closely with the caterers to plan the menu, which included nods to his Spanish heritage (including Manchego cheese and Marcona almonds in the salad). Cheesesteak eggrolls were also served as a late-night snack to pay homage to his Philadelphia roots.