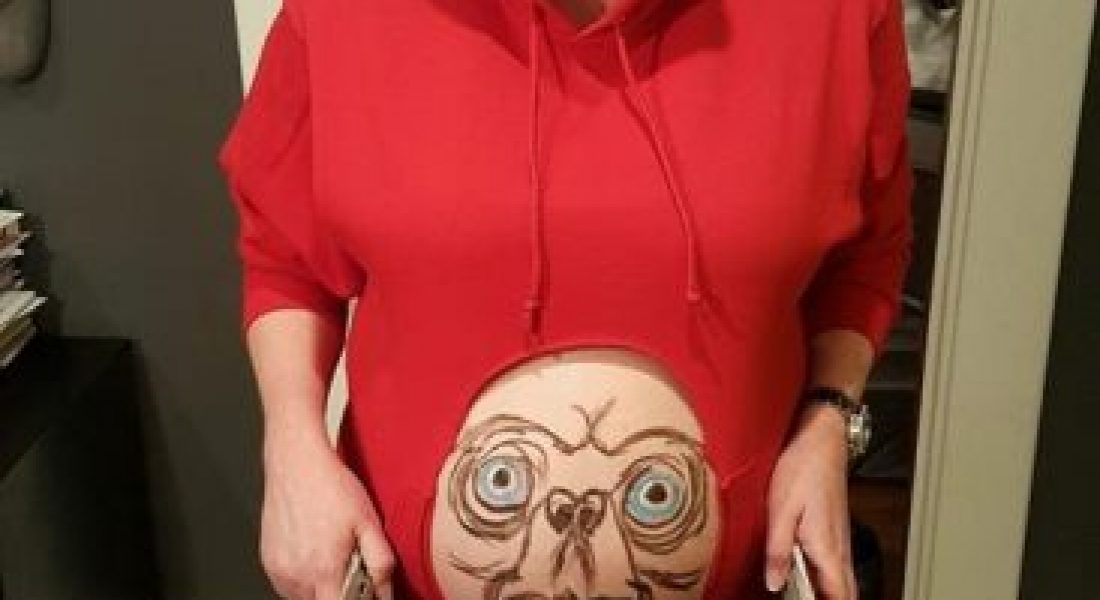 Not every mom-to-be ends up having a visible baby bump on Halloween, so those of you that will should count yourself lucky.

Our BabyCenter fans have made the most of being pregnant for the big costume holiday, and can’t wait to share their hilarious and heartwarming creations from years past with those expecting now.

A peek at 29 pregnancy Halloween costume ideas fans recently shared with us on Facebook:

Angie ‘Cokley’ Nelson: “I was pregnant with twin boys!”

Cecilia Romero: “I painted the tshirt my self and put a bow on the BB8 heads since I was expecting a girl.”

Amanda Shoaf Kilby: “This was me last Halloween. I knew I’d never have another fall baby belly so I had to do it!”

Jessica Shaak: “Halloween 2015. 38 weeks pregnant. We went as a leprechaun and a pot of gold with a rainbow!”

Amanda Nelson: “We are huge SF Gaint’s fans and we even named our son after one of our favorite players.”

Shannon Hartranft: “We love anything Disney and had a lot of fun with these homemade costumes.”

Rebecca Bman: “I was Pooh bear my son was a pot of honey and husband was Christopher Robbin.”

Summer Whittington: “Me and my husband with our first, we will be pregnant again this Halloween.”

Sheila Desjarlais: “Bun in the oven and bun maker.”

Laura Paradis: “He was one ticking time bomb!”

Tyler Lowe: “I was the sultan from Aladdin pregnant with twins.”

Madyson Graber: “Crappy selfie but we were kangaroos.”

Adrienne Alexander Thiesing: “The milk man did it!”

Erin Ison: “I was Wilson, from Cast Away!”

I’m sad to say I was a sweaty postpartum mess during one Halloween, and not even two months pregnant when the holiday came around another time. I would have loved to jump in on the bump costume fun, but instead I’ll just keep getting kicks out of how creative everyone else is.

Will you be dressing in a pregnancy Halloween costume this year? As what?

Have a Halloween bump photo of your own?