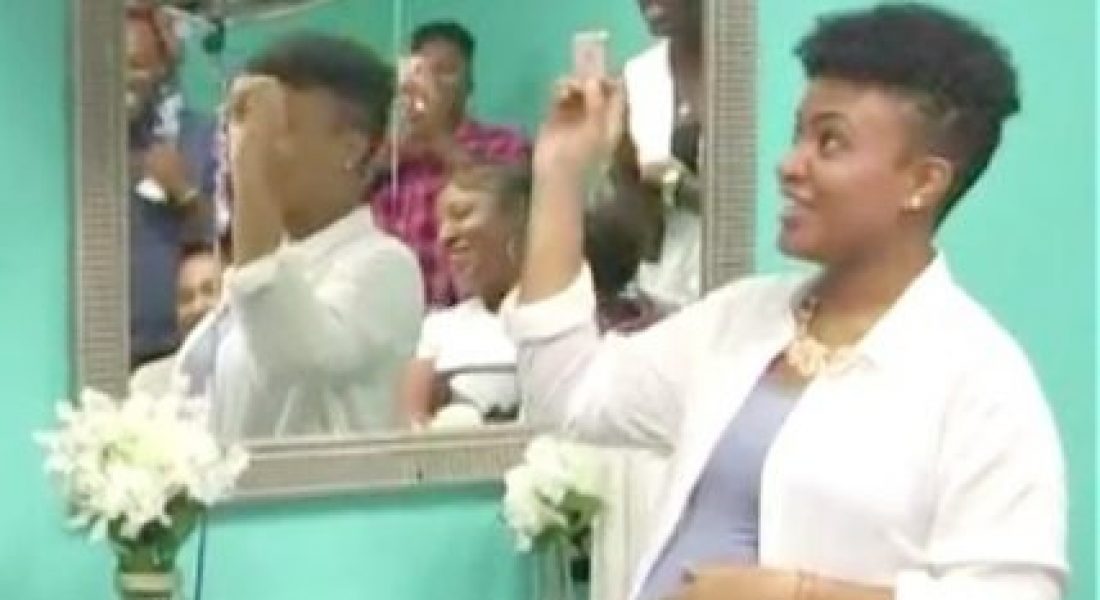 First came a son, then twin boys, but even already having multiples did little to prepare Nia Tolbert for the shocking news she had naturally conceived triplets!

Gearing up to find out the sexes of the three babies she and her husband Robert conceived was nerve-wracking. There’s a chance all girls are on the way, as well as a chance of a mix — and the undeniable possibility Robert and Nia would soon find themselves the parents of half-a-dozen sons.

Check out this couple’s crazy gender reveal party (the balloon-popping begins at the :44 mark).

In March 2018, 6-year-old Shai and the 2-year-old twin boys, Riley and Alexander, will be joined by a trio of sisters!

“I don’t know how we’re going to do it, but I have to be grateful because we know so many people who struggle with having children,” Nia told WUSA9, thinking back to when her ultrasound revealed three babies. “I know it was a blessing and it wasn’t an opportunity for me to be afraid.”

These 1-2-3 parents (welcoming a singleton, then twins, then triplets) come from families that are no stranger to twins. Combine that history with Nia discovering she hyperovulates, which means more than one egg is released at the same time, and you can see how their triplets were naturally conceived.

Nonetheless, the news was still a shock to Dr. Rami Tabbarah, Nia’s ob-gyn at Inova Women’s Hospital. “It’s extremely rare. We’re talking less than one in 1,000 [births],” he explained. “That’s a very low chance for it happening to anyone in general. It’s very rare to have to twins, then triplets [naturally] in the same lifetime.”

Congratulations to the fast-growing Tolbert family. We can’t wait to hear about their girls’ births!

Do multiples run in your family? Have you had twins or more?

Images and video via WUSA9

The post Parents of 3 boys find out if triplets will bring them to half-a-dozen sons appeared first on BabyCenter Blog.