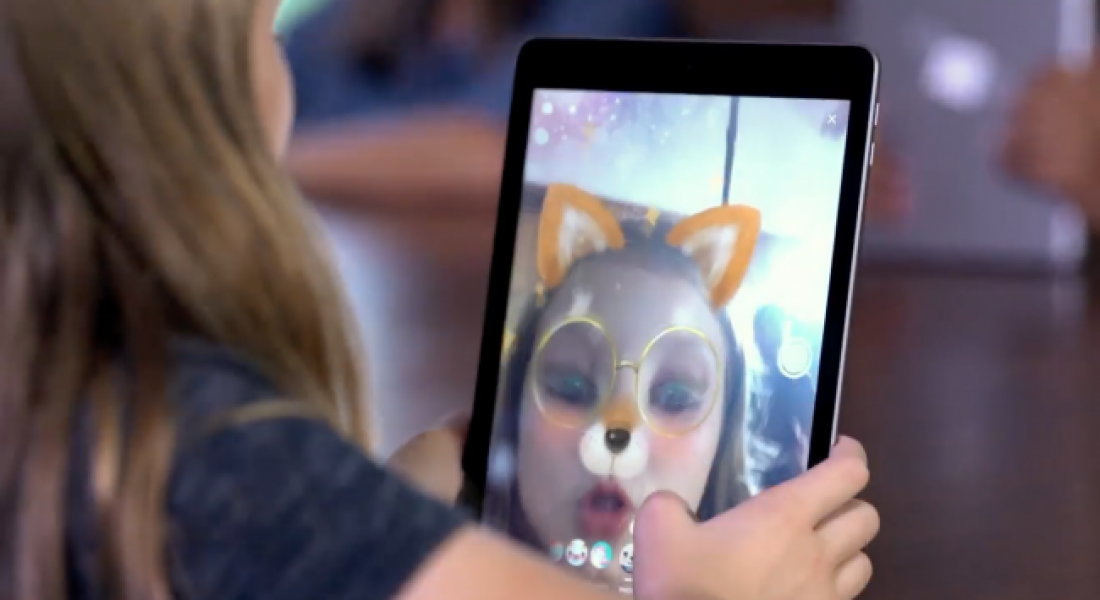 My tech-crazed grade schooler loves taking silly photos with filters, video chatting with his grandparents and composing text messages (peppered generously with poop emojis, of course) on my smartphone. There’s just a few issues I have with these things:

1) Not everyone he wants to video-chat with has an Apple device for FaceTime.

2) I don’t want him sending messages in my name all of the time/hogging up my phone.

3) He’s not old enough to have his own Facebook/Snapchat/Instagram account to access cool filters. (And I wouldn’t want him to have his own social media accounts at this age, anyway.)

That’s right. Facebook has made it fun, easy and most importantly, safe for kids to keep in touch with family and friends, near or far. On Monday the company unveiled a free video calling and messaging app called Messenger Kids. And it has some pretty smart features.

1) Kids can only connect with contacts that parent approve of first; so parents fully control the contact list.

2) Your kiddo can participate in one-on-one or group calls — with kid-appropriate interactive masks, reactions and sound effects.

3) It allows kids to message and video call using Wi-Fi, so they don’t need a phone number.

4) Parents, and approved adults (like grandparents) can video chat and message with kids through their existing Messenger app. No additional app download is needed for parents to control settings, either; that’s done through the Facebook app on their smartphone.

5) Messages don’t disappear and can’t be hidden, so parents can check in if they would like.

6) Messenger Kids won’t show ads or collect data for marketing. Facebook also said it won’t automatically move users to the regular Messenger or Facebook when they get old enough.

The Messenger Kids app is a response to the fact that millions of kids under 13 are already on Facebook, whether their parents know it or not, according to Stephen Balkam, CEO of the Family Online Safety Institute, reports CNBC. Through the app, Facebook is attempting to steer young users toward a service that’s actually designed for them.

“The risk of exposure to things [children] were not developmentally prepared for is huge,” said Kristelle Lavallee, a children’s psychology expert who worked with Facebook to develop the app, reports The Guardian. In contrast, Facebook Messenger Kids “makes parents the gatekeepers” and was designed “with the best of intentions,” according to Lavallee.

I love the idea of a kid-centered app that is tethered to my Facebook account. It doesn’t create an account for my too-young children. They aren’t “searchable.” Granted, it still requires a certain level of adult supervision. But all in all, I would definitely give Messenger Kids a try.

The app is only available on Apple devices for now. However, versions for Android and Amazon’s tablets will be coming later. Click here for more details on the new Facebook Messenger Kids app.

What do you think of  this app? Would you allow your child to use it?