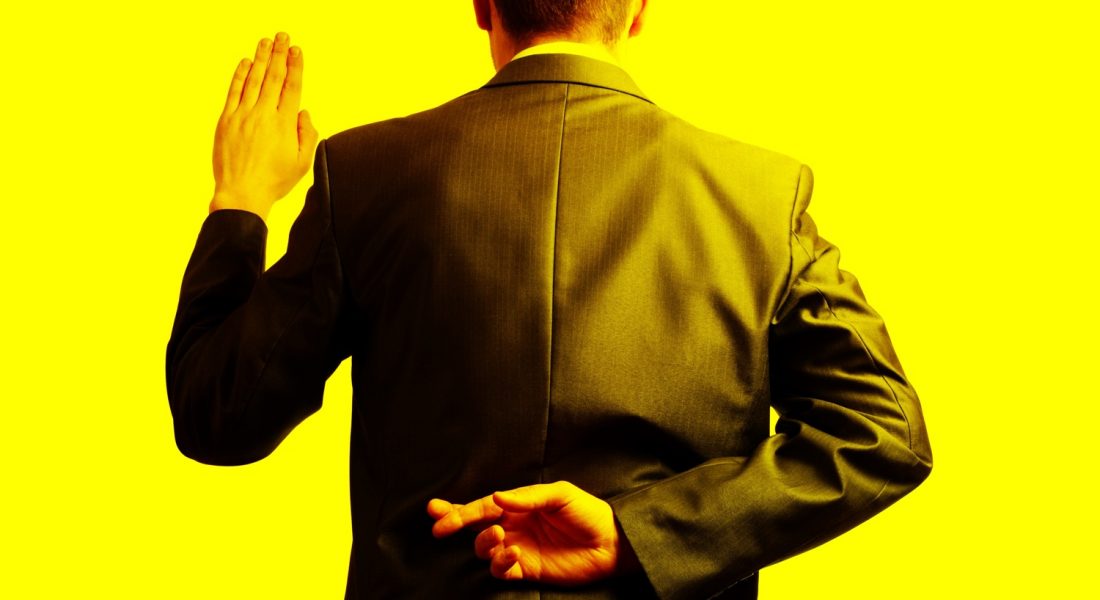 When I became a family law mediator after a dozen years as a therapist, one of the biggest surprises was the extent of lying in Family Court: lies about income, assets and even complete fabrications of child abuse and domestic violence. Why would people lie so much, I wondered? How did they get away with it? The following is my psychosocial analysis of what I believe has become an epidemic:

Men lie: It was a sad phone call from a relatively new client. He informed me his father had just died. He had quit his job and was moving back east to wrap up his father’s affairs. He asked me to tell his wife’s attorney that he would not be able to pay child support for their three young children for a long time. (There was no support order yet.)

The next day, his wife’s attorney called me back and described how upset his wife was to learn of her father-in-law’s death. So upset, that she had called his father — and had a nice chat!

Women lie: A mother involved in a custody battle told the court in dramatic detail about physical abuse at the hands of her husband. She even submitted reports of visits to doctors and emergency rooms for her bruises.

However, a court-ordered psychological evaluation determined the allegations were false. The court agreed and awarded custody to the father. A few weeks later the mother picked up the children from school and disappeared for a year. She was caught, sent to jail for parental kidnapping, and the children returned to the father.

Personal gain is more important than community values. In this mobile “information age,” we rely on strangers and are easily fooled. In business, politics, and the movies, winning is everything. Successful manipulation and deceit are admired. In court, lying is often rewarded and rarely punished.

No Penalty for Perjury. Divorce Courts rely heavily on “he said, she said” declarations, signed “under penalty of perjury.” Perjury is a criminal offence, punishable by fine or jail time, but it must be prosecuted by the District Attorney–who does not have the time. Family Court judges have the ability to sanction (fine) parties, but no time to truly determine that one party is lying. Instead, they may assume both parties are lying or just weigh their credibility. With no specific consequence, the risks of lying are low.

Personality Disorders and Patterns of Lying. Family Courts see everything: from small deceptions about income to the complete fabrication of abuse. The increase in lying seems to correspond with the rising number of people with personality disorders. They often have internal distress, less empathy for others, a highly adversarial world view, an intense and manipulative nature, and a sense of victimisation which they use to justify harming others. Studies show they have identifiable and predictable patterns of lying:

A party with a Borderline Personality Disorder may lie out of anger or even self-deception in an effort to maintain a bond with their child or spouse–or to retaliate for abandonment. Battles over custody and visitation are common.

One with a Narcissistic Personality Disorder may lie to boost themselves or to put other people down. They enjoy manipulating the truth and other people’s lives. They may experience the excitement and a sense of power by successfully fooling the court and dominating the other party. An Antisocial Personality Disorder is characterised by deception, manipulation, and disrespect for authority. Commonly known as “con artists,” they are skilled at breaking the rules. They fabricate detailed events and use the courts to get revenge or money. Their lack of empathy makes them constant liars — and often violent.

A Histrionic Personality Disorder is often highly dramatic and demanding, with superficial charm and seductiveness. They are skilled at lying and self-deception. Fabrication is also common.

Detecting Deception. Few people can visually detect deception. Research on judges, federal polygraphers, psychiatrists and college students showed that all were no better than chance using a standardised videotape test. Only Secret Service Agents were better than average at distinguishing truth and lies.

Some studies show that the more confident a person is, the less effective they are at lie detection. Studies of police investigators and customs inspectors found that those with more experience were less accurate than novices.

Ineffectiveness of Non-Verbal Cues. Many people believe they can determine whether someone is lying by observing non-verbal behaviour, such as: touching their face, blinking their eyes, suddenly itchy nose, neck-scratching.

These behaviours indicate anxiety, which most people experience when then lie. However, most people display anxiety when they are under any pressure, such as being challenged about their honesty. Therefore, these symptoms are unreliable.

Studies show that the only way non-verbal cues may be truly helpful is to observe a person over time. Their changes in non-verbal behaviour may be a more accurate indicator of lying. An additional problem is that those with antisocial personalities actually become less anxious when they lie, and therefore do not exhibit behavioural cues and do not register anxious symptoms on lie detector tests.

The effectiveness of Examining Records. Studies have shown that examining documents for contradictions have been more reliable than focusing on non-verbal cues. In fact, they have found that evaluators were best at lie detection when they were blind to nonverbal cues. Those who just read transcripts were the most accurate.

What Can Be Done? The adversarial process naturally encourages lying: winning is the goal, liars get equal time, and the most skilful adversary wins — regardless of the truth. To overcome this inherent problem, we need:

More use of mediation: Mediation and negotiation focus on problem-solving for the future. Lying about the past has little relevance. The parties know the lies and do not tolerate them.

More judicial time: Most divorce court decisions are made in 10-20 minute hearings. Judges must determine the custody and visitation schedule, the amounts of child support and spousal support, and often whether restraining orders are appropriate. There is little time to analyse each declaration to determine who is lying. Judicial lectures alone have little impact or the opposite effect on personality disorders. More judges with more time could reduce lying from the start.

More attorney research: solicitors often advocate for their clients’ statements without investigation. They often assume they will never know who is telling the truth. Instead, they should learn about personality disorders and patterns of lying, more carefully question their clients, and more aggressively seek corroborating evidence.

More therapist awareness: Therapists are trained to form impressions based on interpersonal observations rather than external evidence. They form strong bonds and believe their clients. They can provide the court with observations of their own client’s behaviour, but should not reach conclusions based on hearing one side. They need to be more wary of manipulation in court cases.

Bill Eddy is President and co-founder of High Conflict Institute. Based on his work as an attorney, mediator and therapist, he developed the “High Conflict Personality” theory and has become an international expert on high conflict personalities. He is the creator of New Ways for Families™, a cutting edge program for divorcing families.

For a complete biography on Bill and to view more of his books, go to www.highconflictinstitute.com .