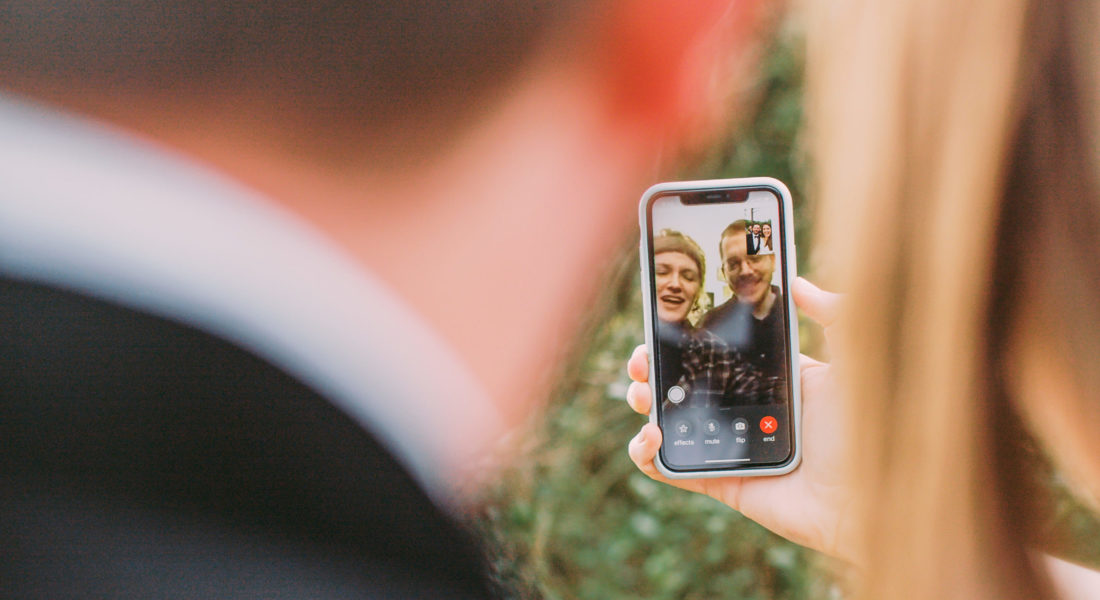 In Texas, there’s much to look forward to in the spring as temperatures begin to warm and everything is in bloom. For Kelsey and Matt Houser, spring was especially welcome this year with their wedding booked for March 28, 2020, at the luxury boutique hotel in Austin, Hotel Ella. Kelsey and Austin started planning the minute they got engaged and were expecting about 130 guests at the ceremony, with a lavish reception to follow. Then COVID-19 happened. They weren’t asked to cancel the wedding; they just knew it was the safest decision for everyone involved.

“We decided to postpone on Sunday, March 15th, which was exactly 13 days before our wedding,” Kelsey says. “The decision was not easy. There were tears, a lot of hugs, endless questions, fact checks, phone calls, emails, more tears, more hugs, and lots of wine. We weighed every option from every angle.”

Before guests were notified by email of the cancellation, the couple went over every possibility. “Do we just have a wedding with fewer people? Are we willing to celebrate without key people there? Do we wait it out for the next two weeks? Are we overreacting? Do we postpone and make all our guests change their plans? “Ultimately, we decided we couldn’t be responsible for forcing our loved ones to choose between celebrating our marriage and their health,” Kelsey says. “It was an emotional roller coaster as the limits on gatherings kept coming out. First, it was gatherings of 250-plus people, in which we were in the clear, but then it was lowered to 100-plus people. We started thinking about how on earth we could ask people not to attend. Honestly, after we made the decision to postpone, there was a huge sigh of relief. This situation was so out my hands, and making that decision allowed me to take back some control of my wedding.”

“This wasn’t our original plan, but life never goes to plan, and this is all part of our story.”

The first decision? They were getting married on their original wedding date, no matter what. Together for more than five years, Kelsey and Austin were tired of waiting to be husband and wife and knew they wanted to be married. The date itself didn’t hold much significance other than the fact that they had been planning for it for 15 months. “We knew we wanted to be married, and a wedding wasn’t the reason, so there was nothing really stopping us,” Kelsey says.

Then it was time for Plan B. But it turns out, that wasn’t a winner, either. “Our original plan was to get married in front of the Texas State Capitol in Austin, but then the city placed bans on gatherings of 10 or more people,” Kelsey says. “After that, New York City was ordered to shelter in place, and it became apparent my brother and sister-in-law, who live there, wouldn’t be able to get to Texas. That was a devastating blow, but it was much safer for them to stay put. A day or so later, Austin was also ordered to shelter in place.”

Knowing that, under new COVID-19 ordinances, their wedding couldn’t have more than 10 people in attendance, the couple moved on to Plan C. “That’s when the final plan started to take form,” Kelsey says. “We have some property in Bastrop and decided we would have the ceremony there. Two days before our ceremony, our officiant let us know he didn’t feel comfortable driving out to Bastrop, so my other brother stepped up and got ordained.”

The wedding party and guests consisted of the couple, the newly ordained minister, Kelsey’s mother, and her boyfriend, Austin’s mother, Kelsey’s sister-in-law, and a photographer—the 10 or fewer rule was met! They placed a few potted flowers and plants around some antique rugs where they would stand and exchange vows outdoors, and Kelsey wore the white jumpsuit she was planning on wearing to the rehearsal dinner. The guests used FaceTime so that other key family members and friends could see them say “I do.”

Fortunately, Hotel Ella and all of the original wedding vendors have been flexible with the plans that were already in place, and Kelsey and Austin have set a new wedding date for July 18—same venue, same time…just a different day. “I’m sure our ceremony will look a little different since we are already married, but we still plan on having one and celebrating so big with our family and friends. We are cautiously optimistic that all of this will be over by then.”

Even though Kelsey and Austin didn’t get the wedding they wanted on the first (or second) try, they feel confident they made the safest decision and know there is still much to look forward to. “We are in this together,” Kelsey says. “It is so important to focus on your circle of support. It makes me emotional—in a good way—talking about my family and friends who have reached out through all of this. This wasn’t our original plan, but life never goes to plan, and this is all part of our story.”