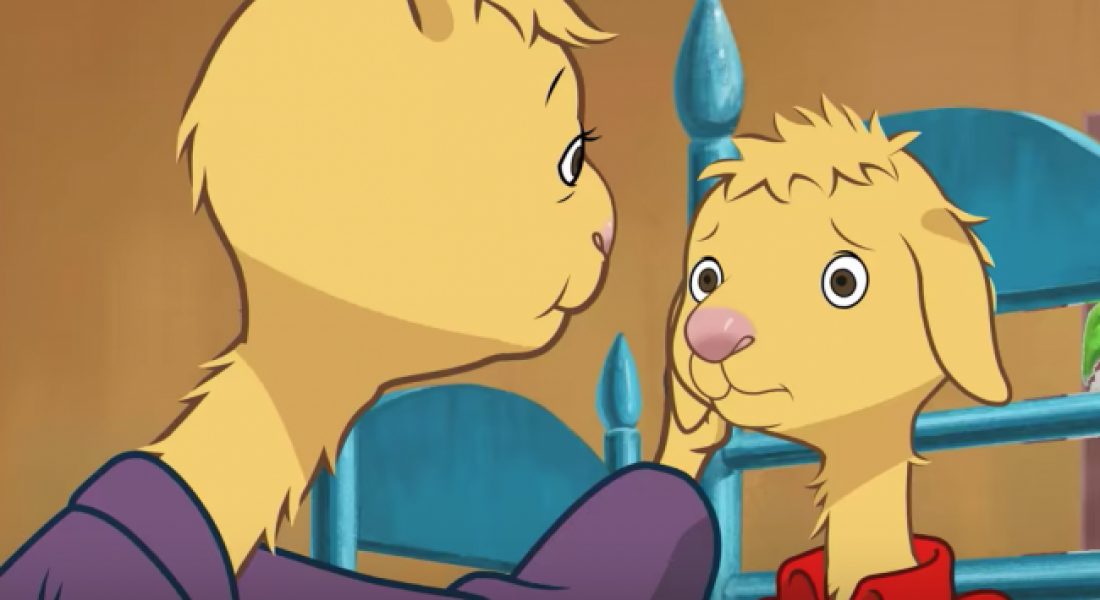 If your kids love the Llama Llama (Red Pajama) books as much as mine do, then you’ll be excited to know that everyone’s favorite little llama is getting his very own show. On Friday, Jan. 26, 15 half-hour episodes of Llama Llama will be available for streaming on Netflix.

Based on the award-winning book series by author and illustrator, Anna Dewdney, the new Netflix show features Jennifer Garner as the voice of Mama Llama. (Love her!) This preschool series will follow Baby Llama through many first childhood experiences and adventures, as well as his relationships with his mama, grandparents and friends, according to a news release.

“We are extremely proud to deliver a series that we believe honors Anna Dewdney’s legacy,” said Andy Heyward, chairman & CEO of Genius Brands.

The woman behind the beloved Llama Llama book series, Anna Dewdney — who wrote more than 10 Baby Llama books — died last year after battling brain cancer, The Washington Post reported. “When we read with a child, we are doing so much more than teaching him to read or instilling in her a love of language,” Dewdney wrote in the Wall Street Journal in 2013. So it was incredibly fitting (and touching) that her obituary requested, “in lieu of a funeral service that people read to a child instead.”

I’ve probably read our collection of Llama Llama books dozens of times each to my three kiddos. And somehow, (unlike other stories I’m forced to read a million times,) I still love them. In my opinion, Dewdney’s charming tales are perfect for reading aloud to young children. Is it the rhyming? Is it because I can identify with Mama Llama’s frustrations about the normal, day-to-day struggles of raising a child — melting down at the grocery store, wanting mama after bedtime, etc.?

Perhaps it’s because my children can identify with Baby Llama’s big emotions? Like in Llama Llama Red Pajama, when the main character flips his s*** because Mama Llama is just trying to have two seconds to herself after putting her kid to bed.

“Little Llama don’t you know, Mama Llama loves you so, Mama Llama’s always near, even when she’s not right here.”

This mama is stoked, that’s for sure. You can bet Llama Llama will be streaming on Netflix in the Stein home on Jan. 26!

Does your child enjoy Llama Llama books? Are you planning on checking out this new series?