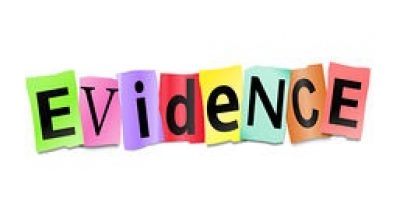 The Ethics Committee of the Bar Council has revised their guidance regarding evidence obtained illegally in civil and family proceedings to assist on occasions where counsel has to advise in cases where evidence has, or may have been, obtained illegally.

The guidance contains a reminder that it would constitute serious professional misconduct for counsel, knowing or reasonably suspecting that such evidence was illegal, to advise that it should be obtained or otherwise participate in the obtaining of information illegally, or even by having sight of improperly obtained documents.

If improperly obtained confidential material relates to a child and there are family court proceedings in process, the guidance discusses the possible duty to disclose the material to the court and also claims to privilege in illegally obtained evidence.

In Dubai Aluminium v Al Alawi [1999] 1 WLR 1964, Rix J ruled that legal professional privilege did not apply in relation to any relevant documents unlawfully obtained. It follows that all such data obtained, the source of the data and the letters of instruction to the person who obtained them will have to be disclosed to the other side in any case in which data has already been so obtained. This will be the case, whether or not so doing will assist the client or prejudice him and his sources by revealing unlawful activity. However, in Imerman v Tchenguiz [2010] EWCA Civ 908, [2010] 2 FLR 814, Neuberger LJ commented as to the possibility of claiming privilege from self-incrimination to avoid explaining how documents have been acquired, but not the fact that such documents have been acquired. The guidance also points to Hildebrand v Hildebrand [1992] 1 FLR 244, as considered in Imerman for when such documents must be disclosed.

The case of Imerman highlighted three particular issues to be aware of:

and has underlined the fact that documents obtained in breach of confidence, at least when they are not yet disclosable, must be returned to the owner; although this ought to be subject to any available defences as a matter of law or equity.

Imerman also gives a helpful example of where copying data from a computer for the purposes of helping in legal proceedings at least raised the possibility of criminal offences having occurred under the two statutes. Relevant sections of the Computer Misuse Act 1990 and the Data Protection Act 1988 are considered together with a helpful concluding summary.

The guidance is available to view and download here.