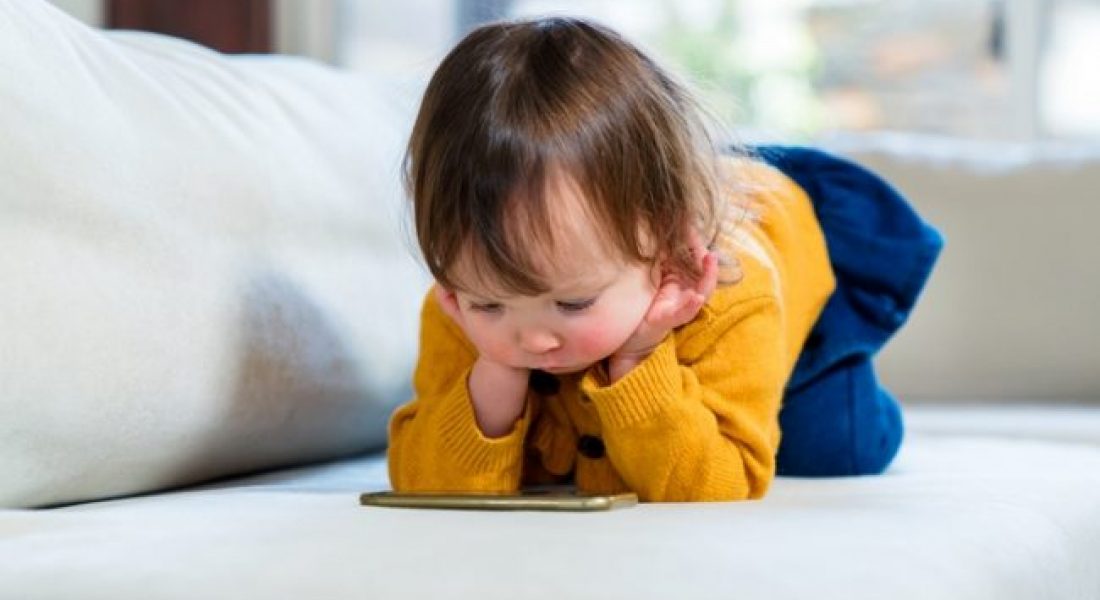 When Louisiana elementary school teacher Jen Beason asked her students to write about an invention they wish had never been invented, she was surprised to find that several of her students admitted they would get rid of smart phones if they could.

It’s a somewhat unexpected response – after all, we so often hear worried reports about how addicted kids are to technology these days. If you’ve ever tried to pry an iPad out of a preschooler’s sticky hands, you’ve probably had your own concerns about it. Children aren’t the only ones harboring tech obsessions, though.

Ms. Beason shared the example below of one of her second grader’s assignments on Facebook, noting that of the 21 kids in her class, 4 wrote about ditching phones.

Ouch. I’m guessing I’m not the only parent feeling a pang of guilt after reading that very honest response. The thousands of likes and shares show that the post hit home for a lot of us.

It’s definitely one of the biggest generational changes in parenting. When I was growing up, there were no such thing as cell phones, never mind smart phones. At risk of dating myself, I still remember stretching the coiled cord on our landline into the laundry room, sitting on the old chest freezer so that I could talk to my friends without my brothers listening in.

There were no apps. No games. No Netflix. No internet.

All of those things have made my life as a mom a lot easier – Toca Boca makes cross-country flights and doctors’ office waiting rooms much more bearable – but there is a definite down side, as these kids have so wisely noted.

I really do try to be aware of how much time I spend on my phone, as well as how much time my daughters spend on it. I put limits on their game time, and none of us are allowed to have devices at the dinner table or on short drives or family outings. Still, I know there are times when I fall short. I know there are times when, instead of giving my kids the attention they want, I’m replying to a text or scrolling through Instagram. I know I tell them, “Just a sec,” with my eyes on my screen, more often than I should.

A couple of weeks ago, my husband and I took the kids camping for a couple of nights. It was the type of getaway that kids dream of: Endless space to run around, trails to explore, crabs and other beach critters to unearth. We were far enough into the wilderness that there was no hope of a wifi signal, so our iPhones stayed in our backpacks for the most part, and our 12-year-old told us over and over again that was her favorite part of the entire trip.

My kids are old enough to entertain themselves a lot, so it’s not like, without our phones to occupy us, my husband and I were engaging with them 24/7. I couldn’t help but notice, though, that our distractions were a little less distracting. When I have my nose buried in a book and my daughter calls, “Mom, look!” I look – really look, and connect – a lot faster than I do when I’m online.

With that in mind, here are 4 solid tips to help us put down our smartphones:

Change your phone’s color to grayscale.
This was a tip from a friend to help break the smartphone addiction. Instagram isn’t quite as appealing when every photo is in dulled-down, muted black-and-white. They don’t make it easy, though: Go to Settings – General – Accessibility – Display Accommodations and set “Color Filters” to OFF.

Turn off all notifications
This one change can make a huge difference. If you pick up your phone every time a notification lights up the screen, solve that problem by turning them off. Do you need to see that Tweet, text or email the moment it arrives? Probably not. Most things can wait an hour or two.

Give your phone a home base
Instead of always having it within reach, assign your smartphone a home base – in a charging dock or a desk drawer, for example. For a while I was locking mine away in a tiny home safe in the evenings so I really wouldn’t be tempted to check it during family time.

Set limits – and stick to them
It helps to set very clear boundaries when it comes to phone use. Some good examples: No phones at the dinner table; no phones in the bedroom; no “double screening” (ie, scrolling through your phone while watching TV – this one is a total pet peeve of mine). Write them down and stick them on the fridge so that everyone is clear on what is and is not allowed.

Do you have any tips on breaking the smartphone addiction?