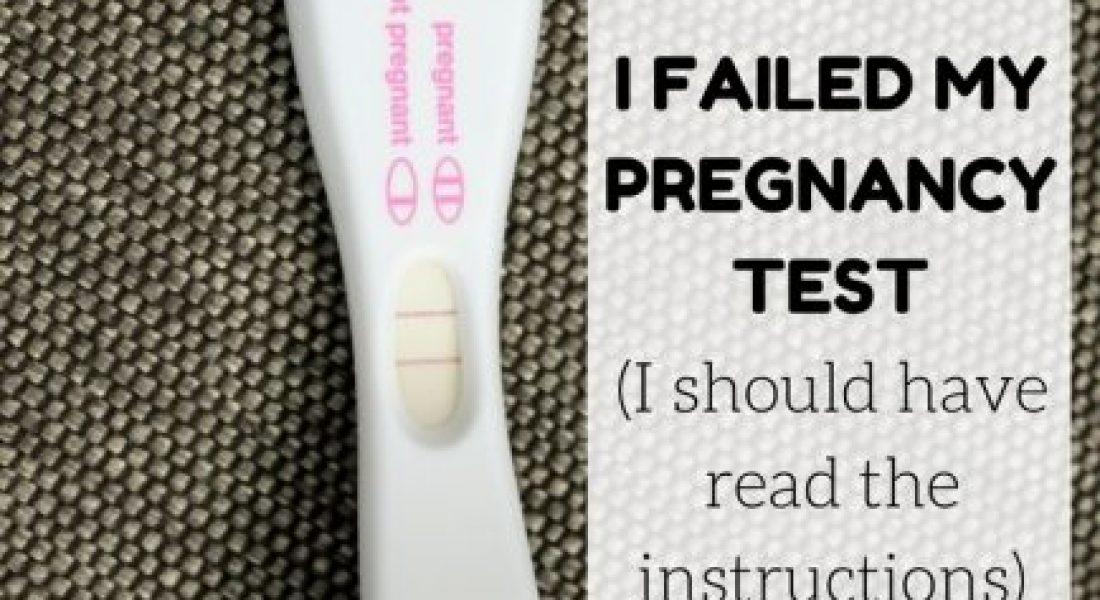 Why I waited until 11:15 at night when we were already in bed to bring up the idea that I might be pregnant, I’m not sure. I figured if I told my husband he would help me explain the odd symptoms away and I would be convinced I wasn’t and we would both drift off to sleep. The reality was, now my husband was (rightfully) freaking out and crawling out of bed to get dressed so we could drive to the closest open grocery store to buy a pregnancy test. My timing really is great.

Four pregnancy tests (two different brands), one king-size Kit Kat bar, and 40 minutes later we were back home, trying to read instructions (him) and me, now convinced I was pregnant, saying things like “I’ve decided I don’t want to have children.” Had I gone off birth control with the intention of getting pregnant? Yes. Were things too real right now? YES.

As someone who has taken their fair share of pregnancy tests (I’m pretty sure I took no fewer than a dozen in our first couple years of marriage.) I knew the drill: Open the test, take the test, set the test on the counter while you hold your breath for the longest three minutes of your life. Once the timer alerted us our fate had been decided, I checked the test. No plus sign. All those emotions and thoughts I had in those few seconds were confusing. Was I kind of relieved? Maybe? Was I sad? Maybe?

I told my husband the test was negative and as I stood trying to gather my thoughts, he walked over to the test, walked back to me and said, “You know there isn’t a plus sign on this test, right? You’re looking for two lines. Like the two lines on this test. You are pregnant.”

I’m not sure they could have made it any clearer…

We took two more tests later that night and one the next morning (doesn’t everyone take multiple tests to confirm?) and there was no question about the results. Four giant, screaming lines, and two huge plus signs — see, I knew there was supposed to be a plus sign! I was pregnant. And I had already failed the first test of pregnancy — reading the pregnancy test. I mean, it’s not like the tests don’t say directly on them what to look for. Oh boy. Things can only get better from here, right?

A word of advice to future pregnancy test takers, read the instructions. Or have a partner who is more together than you are. That helps too!

Did you ever misread a pregnancy test or have trouble following the instructions?

The post I failed my pregnancy test — should have read the instructions appeared first on BabyCenter Blog.