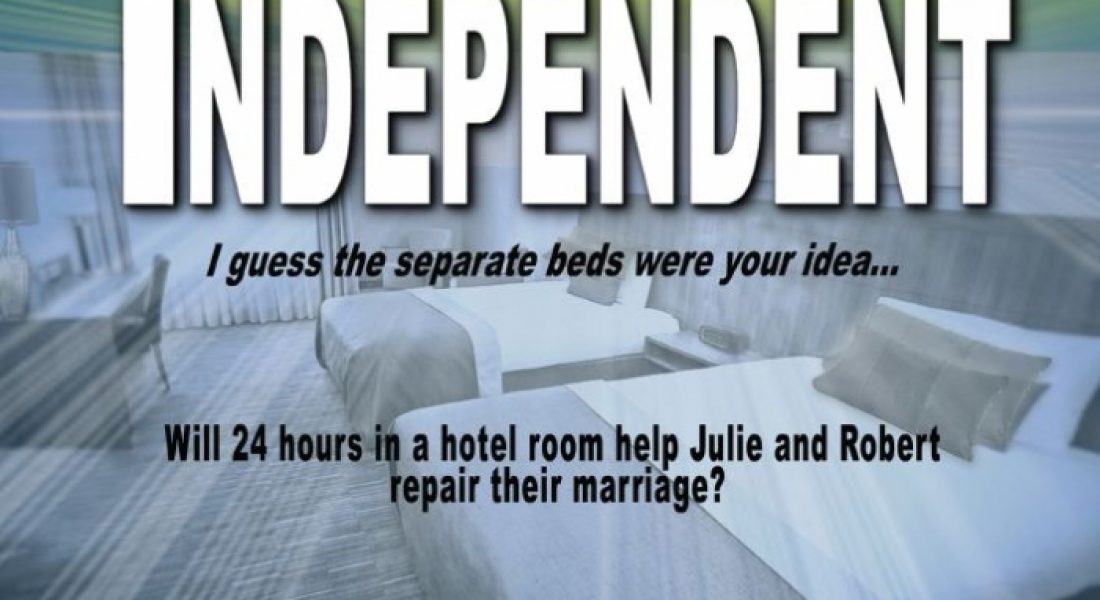 With their 4-year marriage in crisis, Julie and Robert decide to spend 24 hours in a hotel room with no television, no cell phones, no internet or computers to see if they can work things out. With ground rules set, will love win or are separate beds just the start?

FIERCELY INDEPENDENT, written by Tony winner Kathleen K. Johnson – will be given its world premiere Off-Broadway at the SoHo Playhouse.

Come see this unbridled, brutally honest play about married life and the struggles we go through to repair a marriage.