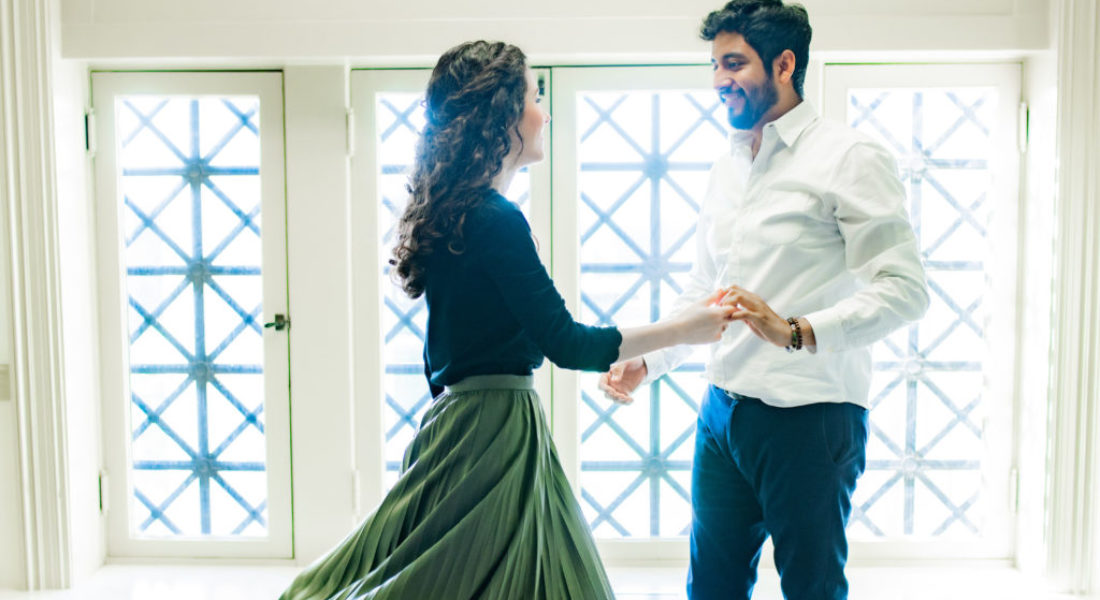 They say when you know, you know. Such was the case for Mary Grace Metheny and José Granados, who met playing in their church band. Though the pair are set to tie the knot this weekend, they have known this day would come for some time: “We had been dating for nearly two years when we got engaged,” she says, “but we knew we wanted to get married very soon after we started dating.”

On December 14, José planned a romantic outing to White Rock Lake, the same place they’d had their first date, to ask for Mary’s hand in marriage. Unfortunately, unbeknownst to him, a few hundred other people also had plans to hit the lake that day for the BMW Dallas Marathon. With most of the lake grounds closed, Mary tried helpfully suggesting alternative spots for what she thought was a simple picnic—but José, ordinarily the more laid-back of the two, was unusually determined to stick with the day’s itinerary. After much re-routing, they made it to their special spot, but not before José had one last trick up his sleeve. “José knew I was catching on to his plan,” Mary remembers, “so he faked me out and asked me if I wanted to leave.” When she disappointedly turned to start walking back to the car, he surprised her again—this time, with a proposal.

A formal affair was set for June 7 at the Mason, only for COVID-19 to upend their plans. Instead, they’ll wed this Saturday, May 30, in her parents’ backyard. Despite the inconveniences of having to cancel a wedding, Mary Grace says it’s worked out for the best: “While we loved our original plan, we’ve found that our new plan suits us much better. Wedding planning can be a lot of pressure, and scaling down our day has honestly been a gift to us.” They plan to celebrate with friends and extended family down the line, when the threat of COVID has passed. The couple will live in Oak Cliff.