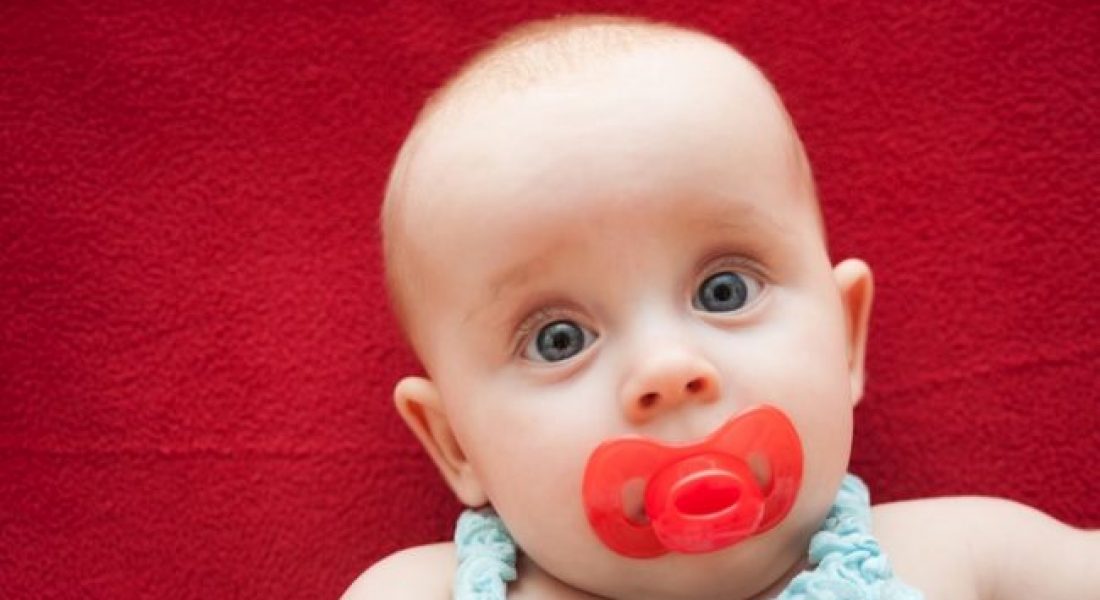 Most seasoned moms will tell you, there’s a sure-fire method to breaking your baby’s pacifier addiction: just snip the tip of the binkie.

A little incision causes the paci to lose its sucking power. After trying it for a few minutes, most kids will toss it in disgust. For others, you have to slowly trim away more and more of the pacifier. After a few days, it will be down to a nub. Then you can toss the whole thing.

This method worked successfully for both of my kids when they were 18 months old. There was very little protesting and they slept just fine — which was my biggest fear.

But how safe is snipping the tip?

When my youngest was in daycare they refused to let him have the paci with the cut-off tip. They said it posed a choking hazard. Apparently, babies or toddlers can chew on the silicone tip after it’s cut and small pieces can break off.

Most pacifier manufacturers advise parents to never alter a pacifier because of this potential risk.

Also, the American Association of Pediatrics recommends that you never give a baby a damaged paci.

But like IRL is it really going to harm them?

I know there is a risk, but it is a real risk or just a possibility?

Thankfully, you don’t have to keep asking yourself these questions. Because we live in 2017, and manufacturers have finally developed a few products that are not only safe but work just as well as snipping that paci.

This first product is genius because it manipulates the graduated method of trimming the tip of the pacifier. The Lily Method Pacifier Weaning System (for 6 months +) is a safe way to give your baby a chopped off binkie. According to the Lily Method, you can be paci-free in just 5 days.

If you don’t want to go for the graduated method, there’s also a pacifier called Ditch the Dummy (12 months +). It has a tiny hole in the top so it creates the same effect as cutting the tip. After sucking on that for a few days, your baby will probably lose interest.

And if you still need some support…

This book from the Best Behavior Series (a personal favorite!) can help prepare your little one for the transition.

Deciding when to cut out the paci (not literally) is a family decision. You should also consult your pediatrician, who can offer you a good timeline. From experience, I can say, doing it before they are 2 has huge benefits. They can’t really protest much and they aren’t emotionally attached to it yet.

What’s your plan to wean off the pacifier?