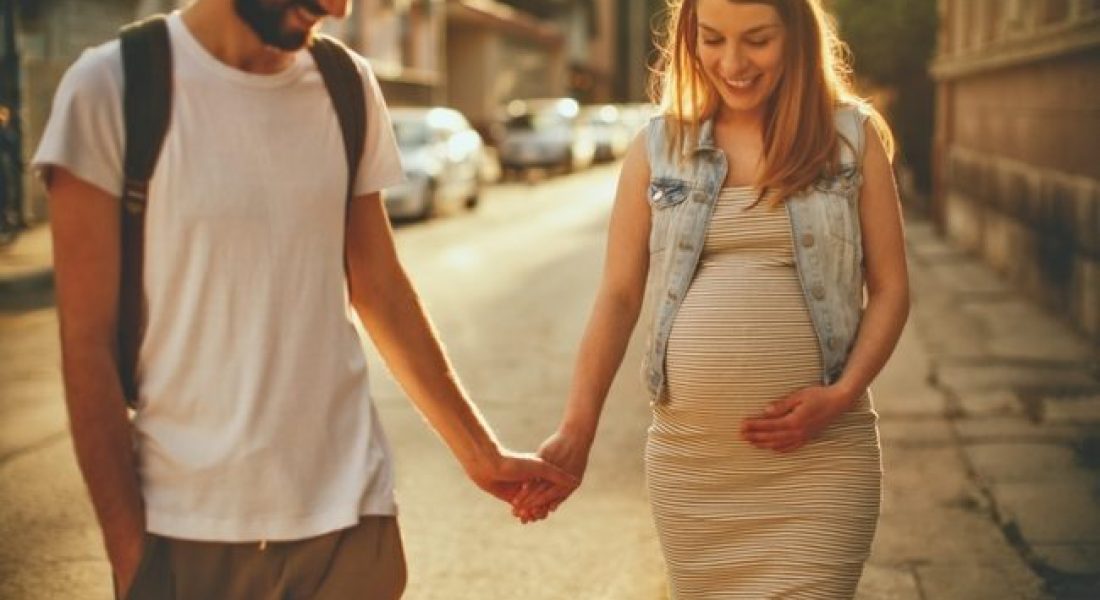 We women are always talking to each other, commiserating, and sharing our deepest insecurities on the internet. But it’s not often men get asked how they feel about being pregnant — about having pregnant wives or girlfriends, that is.

With the anonymity of the web on their side, dads and dads-to-be have opened up about what they really think of their partner’s changing body during pregnancy. When asked by one Reddit user to share their true opinions, men did not not disappoint in the honesty department!

I was worried their answers would be the kind of thing our readers wouldn’t want to read, but what I found was a pleasant shock. Take a look:

“I was still sexually attracted to her, but I also found her hilarious. She’s 5′ 2″ (so she says but I think she’s shorter), and when she hit about 7 months, she just looked hilarious, but in an adorable way. She’s so short and had this massive belly, couldn’t help but giggle every time I saw her. She was a good sport about it though.”

“My wife got hotter and stayed hotter during and after the pregnancy. She doesn’t believe me. I can spend all day long complimenting her, write fucking sonnets, leave poetry, whisper sweet nothings, or just desperately try to explain how much I love looking at every square inch of her and she just gets self conscious and hides. Goddamn woman, I saw what a baby did to you and it makes me want to fill you with more!”

“I thought my wife was freaking ridiculously gorgeous when she was pregnant. I mean I felt that way before and after too, but it felt like something more … like I had a primal attraction to her once she was carrying my child.”

“My wife is 4’9″. Around month 7 she wasn’t able to effectively reach to the back of a kitchen countertop. We bought her pedal extenders so she could drive without her tummy hitting the steering wheel. She was incredibly cute while pregnant. Once she was in the bath tub flat on her back and couldn’t get out. She had to yell for me to come help her up.”

“It’s all fine until months 8 and 9, when she turned into pregasaurus Rex.”

“I still see the same woman I fell in love with and married; like the exact same woman. I mean, she has gained about 45-50 lbs but it’s like my brain won’t allow me to see that she is different in any way. Sure, I mean her arms aren’t toned anymore and her hips and legs are wider but it doesn’t matter.”

“My wife and I are due in early May and she recently started showing. I certainly don’t find her any less attractive. My physical attraction to her is so inextricably tied to her personality, our history, and our current life together that knowing she is carrying our baby boy for us makes her so much more attractive to me.”

“My wife was amazingly sexy, I couldn’t get enough of her…And I love the stretch marks, I did that to her and she has them from giving me three awesome kids, warrior marks. She’s amazing.”

“I have always loved my wife’s body, but during her pregnancy, I was practically addicted to it. She would often get irritated with me for not being able to keep my hands to myself.”

“I still found her attractive, but I was terrified about the upcoming fatherhood and a little uncomfortable with the idea of having sex with her. I can’t really explain why I was uncomfortable. I just was. I still did it because I’m a trooper, but I wasn’t initiating it. Fast forward to my wife’s second pregnancy and the unknowns were gone. I knew what to expect and the fear and discomfort were gone. I couldn’t get enough.”

“I was a whole new kind of attracted to / infatuated with her when she was pregnant — beautiful, with thin limbs and nicely swelling belly and breasts. With a new creature that we made, in intimacy, growing inside of her.. It was all just damn beautiful.”

“I was really put off the idea of sex. I just couldn’t get my head around the fact that there was a BABY in there. I absolutely loved my wife, and found her very attractive throughout, but it was a huge, huge mental barrier…”

“The body was fine, it was the hormones in the body that made her psycho. Now that It’s all over, I’m happy to find the woman I fell in love with has reemerged.”

“It’s strange in a way that (I’m going to be brutally honest) in my experience which I’m sure is common, seeing a pregnant woman isn’t a turn off but more of a complete shut out. It’s not ugly or unattractive, it’s just not sexual at all. That being said, when it’s your kid and your SO, for some reason you’ll find her body the same way you always have. Just more round. Just as beautiful as it was 9 months before.”

“When you know that that woman has made that sacrifice to her body for you, it is the sexiest thing in the entire world. I have never thought of pregnant women as attractive for being pregnant, but when it is your Wife/GF/SO, and your child, it is just a thing of raw, powerful beauty.”

“I found my wife beautiful all the way through. Sex, however, stopped the day I felt my son kick me through her belly. I didn’t think he was being unreasonable.”

“My wife vomited constantly for the first 4 months, to a point we needed a bucket in every room of the house she’d be in. Then she vomited more. All she could eat was lime popsicles. It took medical attention and all the patience on the universe so she and my first girl would not die…I was basically grateful for her to be alive. She was not sexy at all, and I had horrific memories for months after delivery. Every time she would puke I was there holding her.”

“I think my wife’s body, with each passing day, becomes more and more a thing of worship. I find it so amazing every day when I look at her belly with our child in it.”

“I got turned off by my wife, but only because her hormones went really out of whack and it was frankly dangerous to get close to her. It was like trying to have sex with a human mantis hybrid, wast sure if I was going to have a good time or lose my head. Death is a turn off for me.”

“An amazing mix of aww (seriously, pregnant women are adorable), protection and flat-out smugness. Not smug as in ‘look what I did’, but ‘look what I’ve got’. Like having every status-symbol man has ever craved and a pet wolf thrown in for free. So utterly badass.”

“My wife is 8.5 months pregnant. she’s never had the ‘Supermodel’ body, but she’s still gorgeous. In my eyes, she is more beautiful than ever, yes these areas seem unattractive, but it’s part of the process. Her attractiveness is in her personality more than her appearance, and it also hasn’t changed how gorgeous her eyes are.”

“Watching my wife go through her pregnancy was one of the sexiest things I have ever experienced. Her body was changing in the most miraculous ways and knowing she was carrying my child brought an extra level of intimacy that we hadn’t experienced before.”

“I told my lady every day that she was beautiful and she was / is. Women are women and she didn’t believe me and still doesn’t. Such is life.”

For the record, I dug through nearly 1,000 comments and by and large the majority were rave reviews of pregnancy and professed an abundance of love — some of which were so enthusiastic about bodies in bloom they bordered on adult content not suitable for work! I included many of the heartwarming comments here, but also sought out a handful of differing opinions for the sake of variety.

My own husband stands with the few who found pregnancy to be sexually unattractive. Just this morning he told me things were very black-and-white for him while I carried our two sons: not pregnant equaled sexy wife, pregnant me was somebody’s mother. To be fair, he insisted he doesn’t think there’s anything gross about pregnant women exactly, just that there’s a hard mental line there.

I wish I’d been one of the tiny pregnant women whose husband found her utterly adorable, but I guess I can at least appreciate my own man’s honesty. If there’s anything to be learned from what the dads of Reddit shared, I think it’s that those of you whose husbands say you’re gorgeous/just as beautiful/sexier than before really ought to take their word for it and revel in it!

What would your partner have to say about your pregnant body?