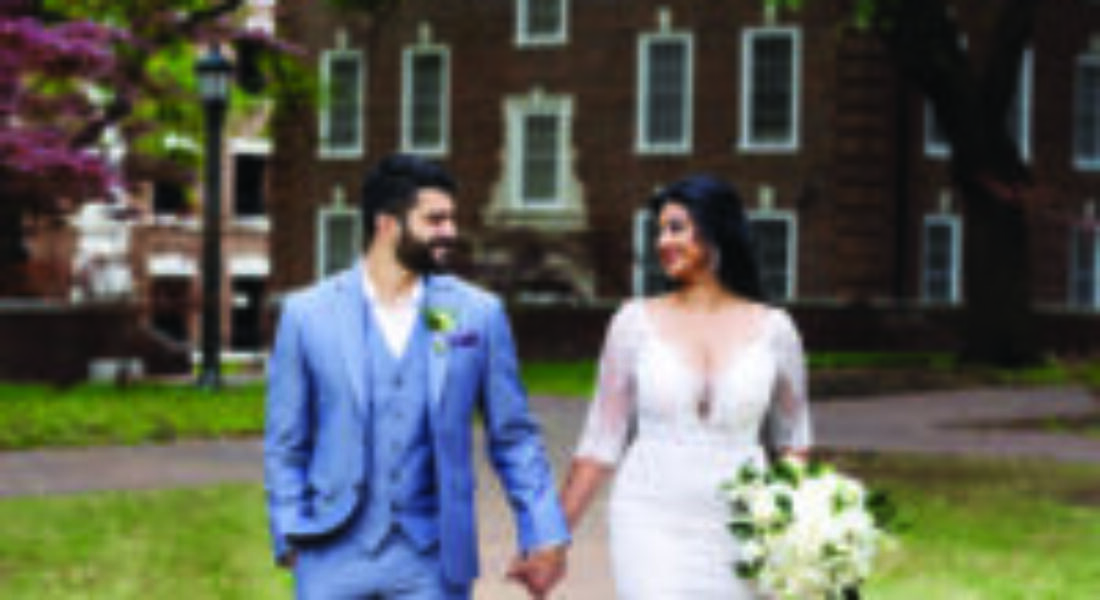 Dhanya Yalamanchi and Yvan Sojdehei’s wedding represented not only a union of two people but also two cultures. For Yvan, that meant a Catholic ceremony in Perkins Chapel; for Dhanya, a Hindu celebration fit for 500-plus guests.

Dhanya wanted each of their wedding weekend’s events to have its own unique feel—no small feat with nine events over the course of four days (not to mention a double rebooking due to COVID-19 closures). But at the end of the day, their wedding was all she could’ve ever dreamed of. “I’ve never felt more love, not just from my husband but from my friends and family,” says Dhanya. “It was the most perfect weekend.”

This concept, aptly named “flower rain,” was conjured up by Todd Fiscus of Todd Events.

“The idea was deconstructed floral hanging from the ceiling and filing the space,” says planner Julian Leaver. “It gave the feeling of weaving through a forest of flowers.”