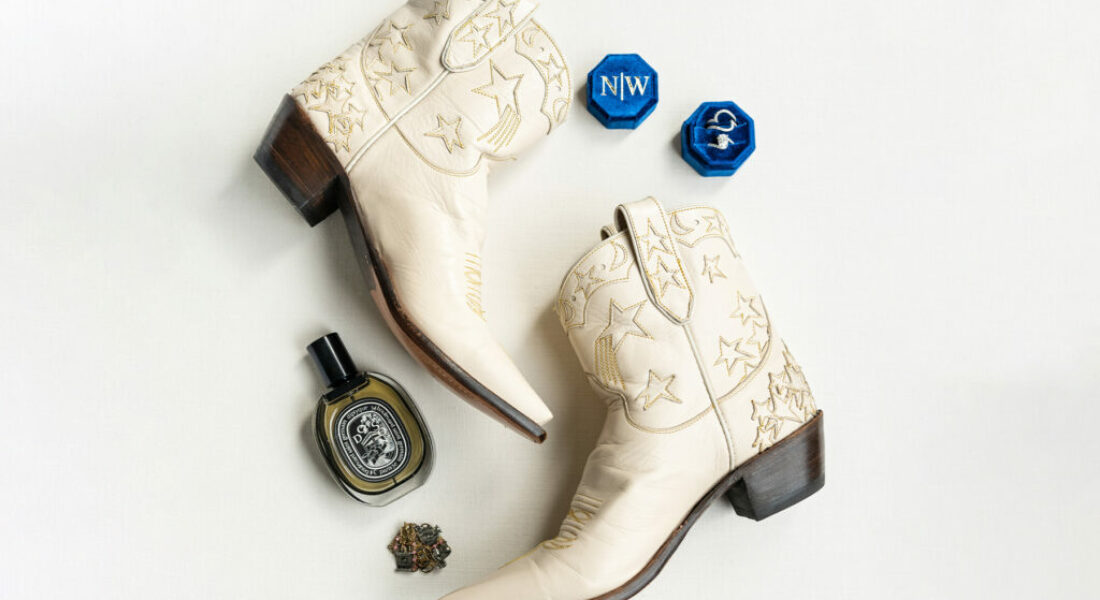 Naomi Bowen and Michael Weissman met in a thoroughly modern way: on Bumble. “Our first message was about tacos,” she laughs. The pair quickly bonded over the fact that they both lived in New York but had lived in Texas previously. After four years of dating, Michael proposed privately in the couple’s hotel room in Paris, followed by a celebratory lunch overlooking the Eiffel Tower. But when the pandemic changed their original plans to wed in January 2021 in Miami, the couple quickly pivoted to a fall wedding in the bride’s native Dallas, tucked away in the gardens of Marie Gabrielle.

Naomi’s white Miron Crosby boots were personalized with her new initials and wedding date. “I knew we’d be in the grass, and I didn’t want to wear sneakers or flats, so cowboy boots felt like the appropriate answer,” she says. The stylish bride and groom both changed into matching Air Force 1s for the reception, where Naomi also donned an Azeeza dress.

“We had gone through a lot in the pandemic, and we had made the decision … to have a smaller, more intimate wedding,” says Naomi. In the end, the guest count was under 50—which allowed the couple to spend plenty of time with each of their guests. “People say it’s the most magical day, but I really do feel that way in terms of both how it looked but also how happy we were on the day,” she adds.

The post And The Bride Wore Boots: How This Stylish Couple Expressed Their Wedding Day Style appeared first on D Weddings.