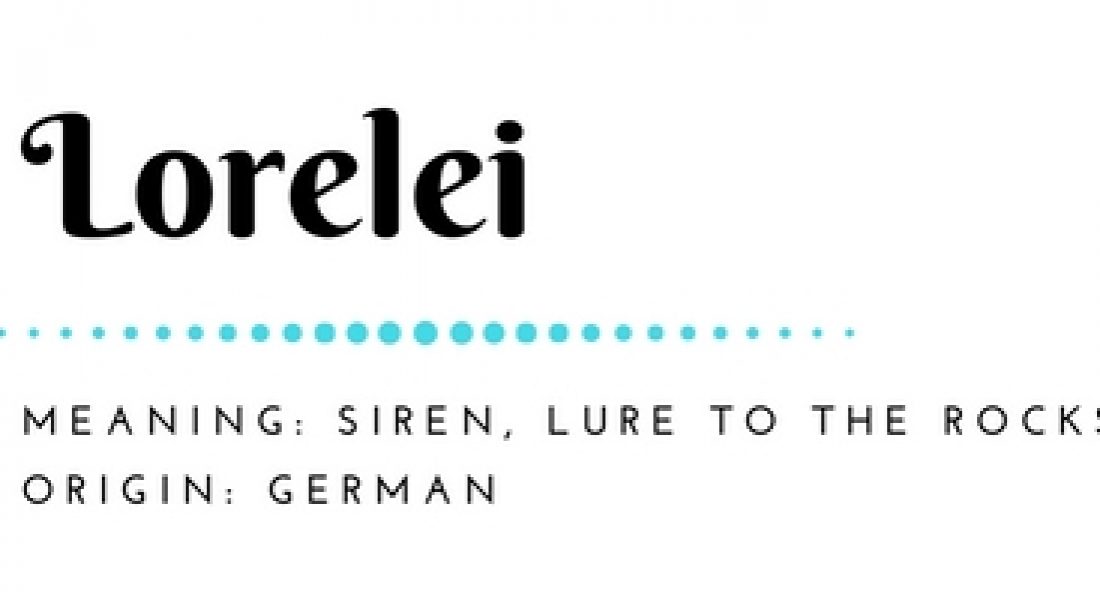 It may not feel like it when you’re rocking an overtired newborn at 2 in the morning, but there is something so magical about having a baby.

Maybe it’s miracle of birth, or the wonder of once again seeing the world through a child’s eyes, or the simple but profound act of creating and growing your own little family. Whatever the reason, once that baby comes along life never quite looks the same. It’s bigger, brighter, definitely louder. It’s magic.

In honor of that, here are some beautiful baby names to celebrate your magical little one on the way.

Fans of the very popular TV show The Gilmore Girls will already love this pretty name, but did you know its mythical meaning? According to German folktale, Lorelei was a mermaid who sat atop a rock along the Rhine River. Her beauty and the sound of her songs were so captivating that sailors passing through on their ships would grow distracted, capsizing on the shore.

The potential for mispronunciation does exist with this beautiful name (it’s “Suh-RAY-ah,” for the record), but don’t let that scare you off such a pretty and rare pick.

Everyone is wild for Avery. The name has been on the rise recently, even cracking the top 20 for girls on BabyCenter’s annual ranking. It’s a pretty popular pick for boys as well. A derivative of Alfred, it’s thought to mean “ruling with elf wisdom.” You’d certainly be wise to consider the name Avery for your little one.

Are there any Harry Potter fans out there? We can thank J.K. Rowling’s wildly popular series for the rise of the name Hermione (pronounced “Her-my-oh-nee”) in recent years. The name certainly packs a mythological punch: In Greek mythology, Hermione was the daughter of King Menelaus of Sparta and Helen of Troy.

It has the same romantic appeal as top 10 picks like Sophia, Isabella and Olivia, but you won’t often hear this name being called out on the playground. Parisa sits way down at #3,937 on BabyCenter’s 2017 baby name ranking.

Despite its short and sweet appeal, the name Fay has languished since peaking in popularity in the early 1900s. With old school names like Alice and Mabel on the rise, I’d say it’s about time that Fay made a comeback, too.

The name Harry has the royal touch, but that’s not all that makes it magical. It’s also the name of the title character in J.K. Rowling’s Harry Potter series. The success of the books hasn’t seemed to extend to the world of baby names. Harry sits at #649 on BabyCenter’s latest ranking.

This name, which has seen a surprising surge in popularity in recent years, is a perfect gender-neutral pick – just ask Parks and Recreation actress Aubrey Plaza and Canadian rapper Drake (born Aubrey Drake Graham). It now sits at #31 for girls and #1,304 for boys.

Conjuring up images of the sea – and The Little Mermaid, of course – Triton is a powerful pick for a baby boy. If it’s a little too Disney for your tastes, the much more common name Dylan might do. In Welsh mythology, Dylan is a sea-god.

What’s not to love about this charming Irish name? It’s short and sweet and easy to pronounce, and has just the right touch of rarity about it. Uncommon without being odd, the name has lingered in relative obscurity since its peak in the late 1990s.

This gorgeous name is a rare gem, barely registering on the baby name lists. If you’re looking for a magical baby name that’s a little off the beaten track, Tamira should definitely have a spot on your shortlist.